How many of your friends disagree with you?

By Jack Wilkie
In so many areas of life we have to guard ourselves against the pendulum effect of running so far from one wrong that we end up at the other extreme. For years we’ve talked about monitoring the company we keep and watching out for bad influences, and that’s important. But it seems we’ve gone to the opposite extreme of surrounding ourselves with only those who think like us. We’ve been too careful in choosing our friends.
Social media has made this unbelievably easy. While it’s nice to be able to connect with friends from all over the globe on shared interests, that same access has allowed us to build echo chambers that shield us from ever interacting with people who disagree with us.
Before Facebook and Twitter, our opportunities to meet people were limited to physical location, and when that’s the case you can’t pick and choose the beliefs of the people with whom you interact. That forced us to find ways to be friendly with people who might belong to another political party or a different religion. Now we just click “unfriend” or “unfollow” because we’re annoyed that they disagree with us, and we go find other people who see things our way. That’s horribly unhealthy and is, in my mind, a massive contributing factor to the division we’re seeing in our country today.
Obviously we need to be grounded in friendships that help us remain strong spiritually. But we also have a desperate need to make more friends out of people who see the world differently than we do. I’ll never forget a lesson my dad once taught by having me stand and look out one window to our back yard as he looked out the window on the other side of the room. We were looking at the same thing but saw it differently. Perspective. Until I walk over and look out his window, I can’t know what he’s seeing. Until I walk over to my fellow man and see how he sees the world, I can’t understand him or connect with him as I should.
Proverbs 18:2 says that “A fool has no delight in understanding, But in expressing his own heart.” Constant talking without listening makes us fools. It’s our job to try and understand people and make peace with them (Romans 12:18), and yet we’ve devolved to a place where many (including Christians) will often say “If you don’t like my opinions, unfriend me!” And our world grows smaller. And our perspective grows narrower. It’s time we break out of that box and start building relationships with people who disagree with us.
People who disagree with us politically
Both my Facebook feed and my physical community skew heavily toward red-state, God-and-country conservatives. My Twitter timeline is filled with mostly blue state, irreligious people. I’m not saying this to pat myself on the back, as it certainly wasn’t planned, but seeing into both sides has helped me realize that people on both sides can have good intentions at heart. What generally happens, though, is that both sides “preach to the choir” by proclaiming their beliefs to Facebook friends or Twitter followers – people who already agree with them. That leads to a collective disdain for the other side. It also leads to mischaracterizations and misunderstandings of what the other side believes. When we only see people’s beliefs on a few select issues, it’s easy to see them as the enemy. But when we see them for the humans behind those beliefs, it becomes much easier to relate to them in a friendly way.
People who disagree with us religiously
This is a truth that hits me right between the eyes the more I think about it. As a minister, a lot of my time is spent either in my study or interacting with my fellow Christians. Some weeks, my interactions with those outside the church are limited to brief conversations with a restaurant waiter or a Walmart cashier. How will evangelism happen if we don’t build friendships with those outside the church? As Alvin L. Reid pointed out in his book, Sharing Jesus without Freaking Out, “One of the greatest hindrances to our sharing Jesus is this: most of us don’t know enough people who don’t know Jesus.”
While we do need to spend time together in fellowship as Christians, and we must be careful to balance ourselves so as not to be influenced by the world, we can’t claim to be emulating Jesus if we don’t build friendships with the lost. Jesus was criticized for how much time He spent with the “sinners” of His day (Mark 2:16-17). He didn’t join in their sinning or condone their actions, but He did go into their homes, eat with them, and show them He cared about them because He was exactly the Physician they needed for their spiritually sick lives.
When we fail to interact with those outside of our congregation, it becomes easy to mentally paint them as disinterested in spiritual things, hopelessly sinful, or deliberately dishonest on doctrine. But in the interactions I do have with such people, I find that isn’t typically the case. We also must keep in mind that the Gospel can reach anyone. Yes, we must keep ourselves grounded in our church family so we can remain unstained by the world, but we must also reach into peoples lives and discuss our differences. The church won’t grow if we’re only building relationships with each other.
I write this because it’s something I need to internalize and start living. I need to do better. If we’re going to be like Jesus, each of us must regularly take stock of the people in our lives and see if we’ve surrounded ourselves with only people who agree with us. Right now, I have. And it’s time to make a change. 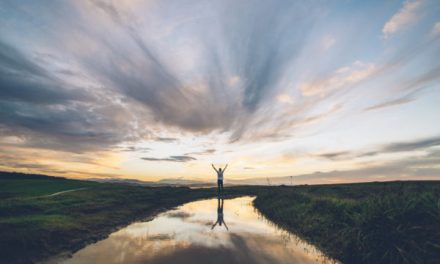 Praising God Wherever You Are

Teaching Your Child to Embrace the Christian Worldview

Do we really need to talk about modesty, politics, schooling, etc.?