“Pride goeth before destruction, and an haughty spirit before a fall.” – Proverbs 16:18

While the verse wasn’t directly addressing pride month and pride parades with which we’re about to be inundated, it isn’t exactly a stretch, either. As our culture proudly thumbs its nose at God, and as men pursue men and women pursue women, and men decide to be women and vice versa, and the “allies” give hearty approval to those who run into such sins, God is giving them over to the consequences.

Cultures that spiral deeper and deeper into sin the way ours is currently doing are storing up God’s wrath against themselves. God isn’t mocked: people reap what they sow. So while you stroll down the grocery store aisles and see the rainbow-branded boxes in between empty shelves and skyrocketing price tags, realize there just might be a connection between all of it.

However, the cloud hanging over us in this moment should not be taken as reason for despair. We will not be pessimists. Instead, we should realize the opportunity set before us. The contrast this wickedness is drawing with goodness grows more stark with each passing June.

The stores may be colored in rainbow, but the fields are white unto harvest. All we need is the courage to speak the truth. Beyond the fact that God is on our side, here are two reasons why I’m optimistic in this cultural moment.

The opposition is weaker than you think.

Right now it feels as though the battle has been lost and we are doomed to spend the rest of our lives trying to shrewdly avoid direct confrontations about the issue. Plenty of Christians have already been subjected to pronoun sensitivity memos in the workplace, putting their jobs on the line. Kids in the schools risk being social outcasts if they say they don’t agree with the LGBT ideology. The battle does look grim.

But as the corporations all change their logos to rainbow colors and US embassies around the world display the rainbow flag, note how few of them choose to continue that campaign in the Middle East. When it comes to advertisements and online presence in heavily Islamic countries, suddenly the rainbow branding doesn’t see the light of day.

This demonstrates the cowardice of the priests of our nation’s secular national religion, and such cowardice should embolden us. We stand on two millennia of Christian history thanks to those who would die for our faith, while our opponents won’t give up a few bucks of profit from Islamic countries for theirs. With the proper resolve, we can win back the narrative and help people see the destructiveness of the LGBT ideology contrasted with the hope and joy of following Christ.

The culture is highly malleable.

What we’ve learned in the last 20 years (or maybe even the last 200) is that public opinion is easily swayed. In the span of about 12 years, popular support for gay marriage totally flipped, taking it from a minority position to a strong majority. This did not happen because good arguments were presented. Nothing changed, no new information became available. It happened because people go along with what they’re told.

Again, this should embolden us. Our battle is not as steeply uphill as you might think – we just need momentum. The truth of our message will become more and more evident as the Romans 1 style depravity grows more and more obvious. The LGBT movement is already dangerously close to overplaying their hand with the trans athlete and child grooming issues. Bold, loving, truthful Christian voices are needed to reach the countless people who can sense something is off about what they’re being sold.

While much has been said about the negatives of cultural Christianity, and there’s some truth there, the people are far better off when Christianity is winning the day. Children being fed to the meat grinder of LGBTism, with astronomical rates of suicide and depression, is not a positive. Drag queen demonstrations for kids spreading across the country is not a positive. Amid all the talk of loving our neighbors in recent years, one of the best ways to actually love our neighbors is to advocate for truths that will help them and their children to see the destructiveness of sin and the beauty of the cross.

Like Jonah, we’ve been called to preach to a wicked people. Unlike Jonah, we must not shrink from the task, we must not hate our target audience, and we must desire and pray for their repentance. Whether the people turn their hearts to God isn’t up to us, but if Nineveh can change, so can our neighbors. Destruction is headed our way, but it doesn’t have to be.

For more, check out our podcast episode on LGBT Gender Insanity 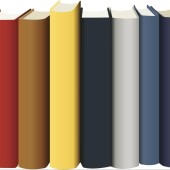 Jack Wilkie is the editor of focuspress.org and author of "Church Reset: God's Design for So Much More." He and his wife, Allison, reside with their four children in Bon Aqua, TN.

The Heart of Modesty

Is it time to trim down the special events?